I recently facilitated a counseling session with a couple who pushed back when I advised them against yelling at their 13 year old son. They informed me that they had been to a previous therapist who told them that they needed to “match” his energy when he misbehaves.

I related some personal experiences of yelling at my son when he was 14. I was frustrated with some new (teen) behaviors he was exhibiting. As a mental health professional, a little voice was telling me that yelling is not helpful. I struggled for a few months to keep my composure with him.

We finally had a chat one day. He told me that he felt demoralized when I yelled at him. Yelling made him want to rebel rather than comply. Intuitively, I knew this to be true, yet it was difficult for me to check myself in the heat of the moment. After some practice and deep breathing, I began to yell less. It greatly improved our communication and understanding of one another.

In a study published in the Journal of Child Development, Te Wang, assistant professor in the department of psychology and education at the University of Pittsburgh, found that harsh verbal discipline increases the chances that teens will misbehave (anger, aggression, vandalism and misconduct) and exhibit symptoms of depression. Wang and colleagues implemented the study with 967 two parent families (mostly African American and Caucasian). According to Wang, “this may explain why so many parents say that no matter how loud they shout, their teenagers don’t listen.”

Parents, please, there is no need to condemn yourself if you have yelled at your teenager. Most of us have been there. Wang’s study is referring to a pattern of chronic stress over time created by ongoing harsh verbal discipline. It is important to know that you can recover and mend fences by committing to avoid yelling and intense verbal confrontation with your child.

While yelling may stop a behavior in the moment, it doesn’t teach the behaviors you are looking for. Wang says the “big three” in rearing children are “communication, love and limits.” It is impossible to communicate and express love through harsh discipline. Children are more willing to listen to you and accept limits if they feel loved and understood. Remember also, catching your teens when they do something positive and praising them is a very effective way of reinforcing a desired behavior!

Check out the link below for more information on parenting your teen. 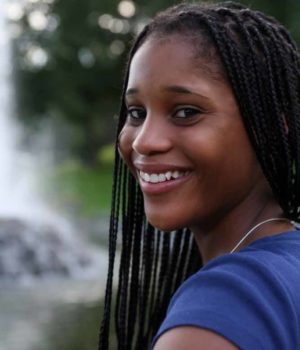 How to Cool Your Teenager’s Limbic Lava